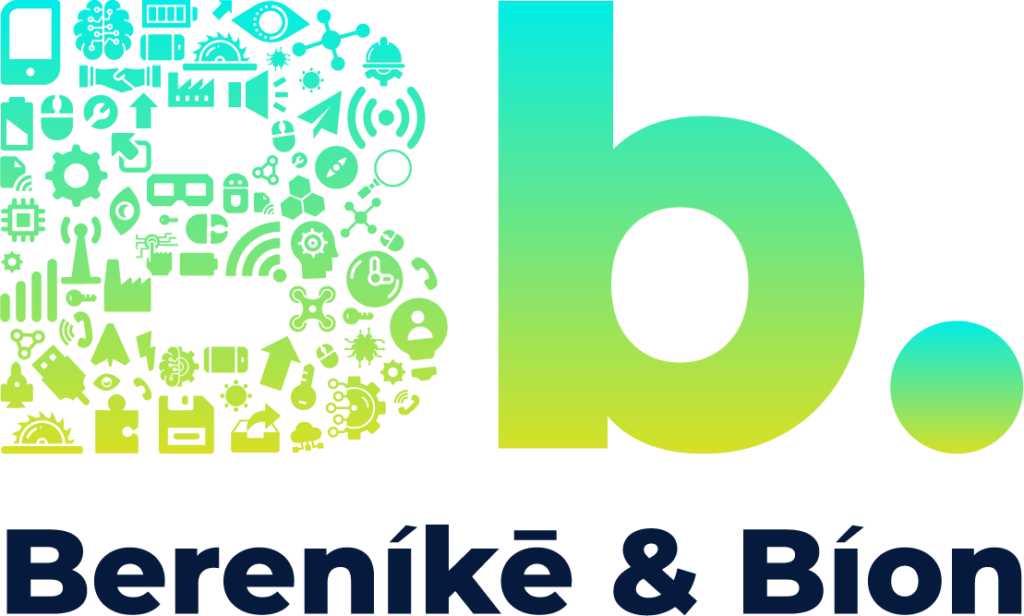 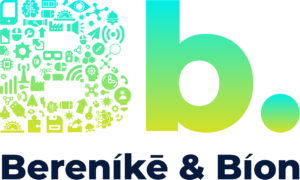 As a new decade begins, employee-compensation specialists shared their expectations. Below are five trends that pay-watchers predict will gain ground in 2020 and beyond.

No. 1: States will continue to set their own compensation mandates.

On minimum wage and overtime requirements, &more states feel emboldened to establish their own direction and set their own policies that stretch beyond the policies established by the federal government said Perry Braun, executive director of the Benefit Advisors Network (BAN), a consortium of health and welfare benefit brokers. & Many states today have wage and labor laws that are richer than federal guidelines,& and more states are likely to follow these trendsetters, Braun said. This trend will continue no matter which party leads the White House, House of Representatives or Senate  after 2020, he predicted. 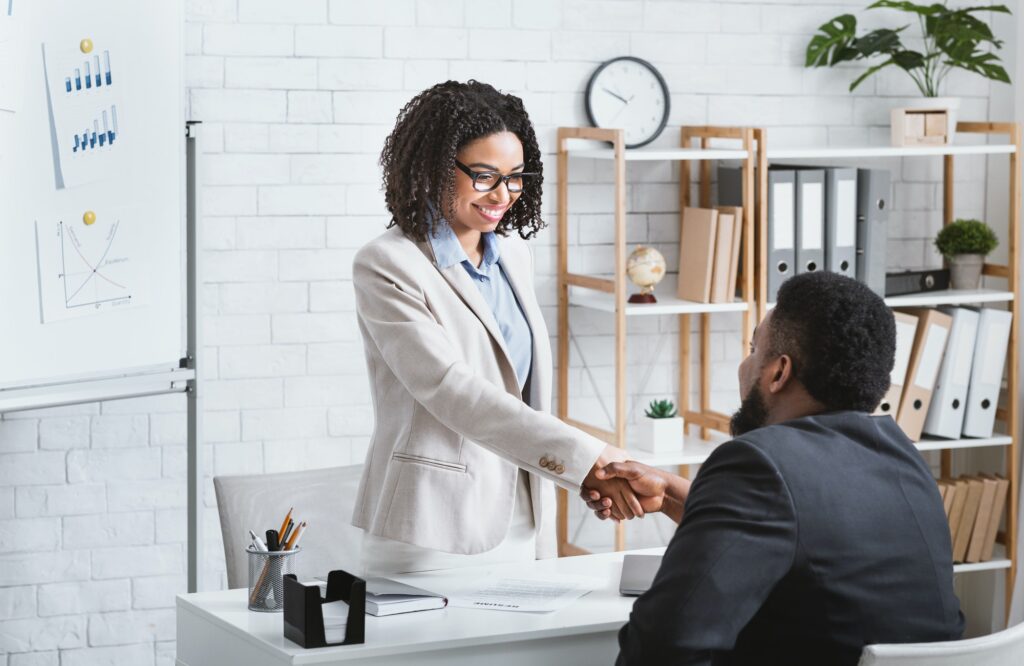 Governors feel emboldened by the actions of their peers to go beyond the guidance, policies or laws established by the federal government and believe that their local policies are in the best interest of their local citizens 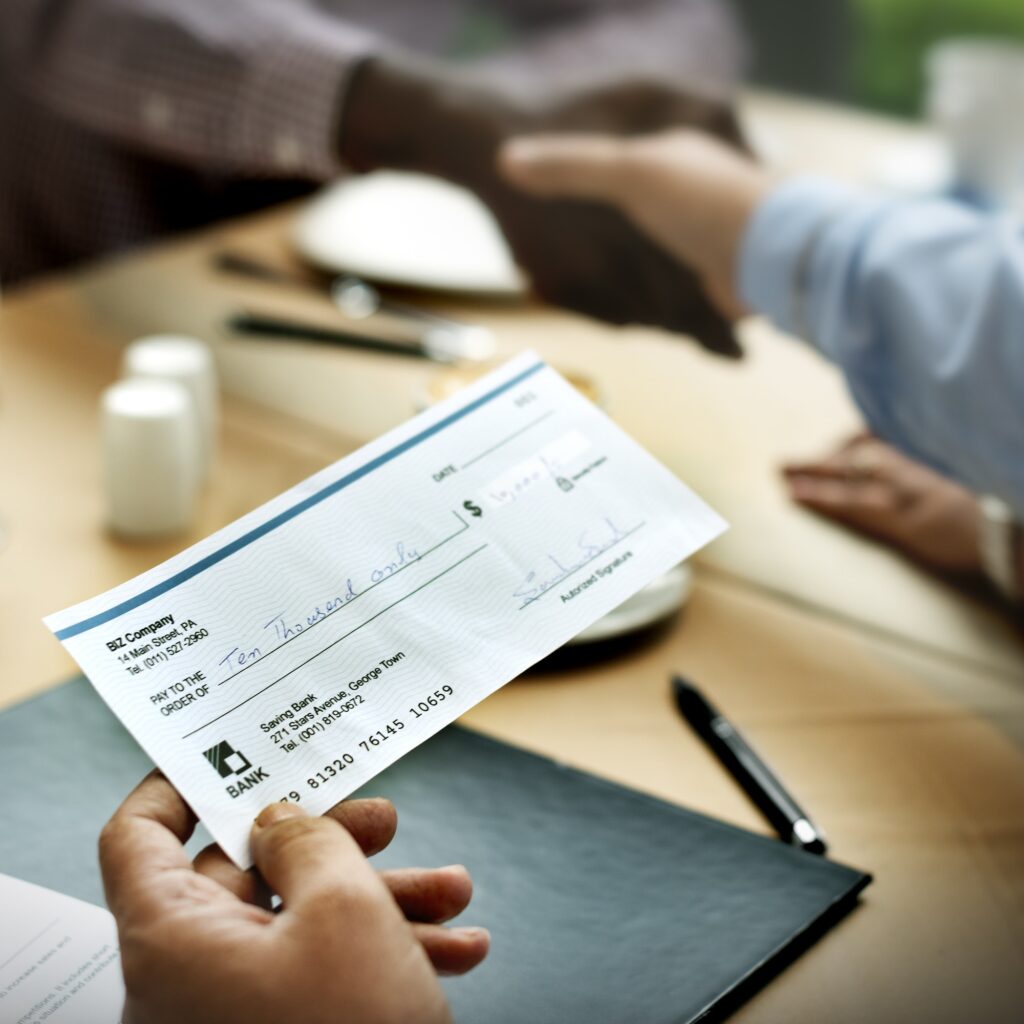 She encourages employers to better define equity pay gaps & to achieve both total pay equality across employees in similar positions and across employees of varying levels. Also, she said, companies should & look beyond simple salary comparisons and evaluate how they’re recruiting employees, how noncash rewards are distributed, and how promotions and raises are decided.

No. 2: Pay equity will remain a high-level challenge.

On Dec. 6, the 2nd Circuit Court of Appeals ruled that workers don& need to clear a heightened legal standard in order to pursue pay-equity claims. This decision &[sets] the stage for a possible increase in the number of lawsuits seeking recovery for alleged unfair wages in 2020 and beyond,& wrote Seth Kaufman, a partner with law firm Fisher Phillips in New York City.
Gender pay gap and broad pay-equity analysis is becoming standard practice for organizations, with remediation efforts not far behind, according to results from the Pay Equity Practices and Priorities Survey by WorldatWork, an association of total rewards professionals. Pay equity is one of the single fastest-growing topics the HR profession has seen in decades,& said Scott Cawood, CEO of WorldatWork. & It’s not just about salary, though. Organizations are expanding their understanding of areas where potential bias or gaps may exist,& including hiring and promotion. Tanya Jansen, co-founder at beqom, a cloud-based compensation software provider, said, &The push for gender wage equality must start from the top.

No. 3: More bonuses will go to more people.

To avoid adding to fixed costs with large annual salary increases, companies are regularly relying instead on bonuses to reward employees for superior performance,& said Don Lowman, global leader of consultancy Korn Ferry’s rewards and benefits practice. CEOs are quite willing to pay for solid results, but only if those results are attained.

Cawood agreed. &Variable pay will play a stronger and broader role in compensation. Existing bonus programs will extend to more workers, and bonus targets will increase slightly. This is done in recognition of the speed and agility of today’s workforce.

He also expects an increase in organizations that remove pay for performance from base pay determination, setting base pay on the market value of a position and using variable-pay bonuses to reward performance. Pay for performance will remain strongly rooted in variable-pay practices, which will be expended, he predicted. The expansion of short-term incentives (STIs) among private employers is now nearly universal, Cawood noted. Based on WorldatWork survey responses collected early this year from 182 private, for-profit companies, annual incentive plans were the most common type of STI at private companies, followed by spot awards 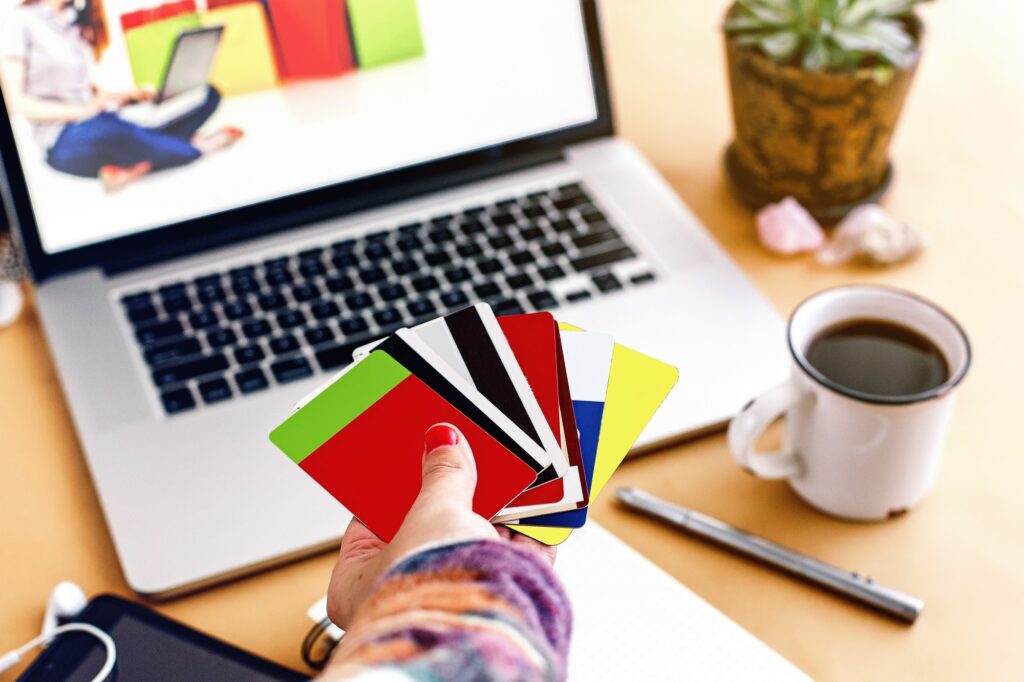 and project bonuses. An uptick in multiyear, long-term  incentive plans—62 percent versus 54 percent in 2017—indicates private firms are competing for top talent with publicly traded firms,& he noted.

Variable compensation is a highly effective tool to drive alignment and engagement from workers in all roles, from the shop floor through leadership, Cawood said. While total cash compensation packages within companies are experiencing moderate growth, we anticipate bonus programs to further connect workers at all levels of the organization with a better line of sight to how their individual work contributes to achieving company goals. 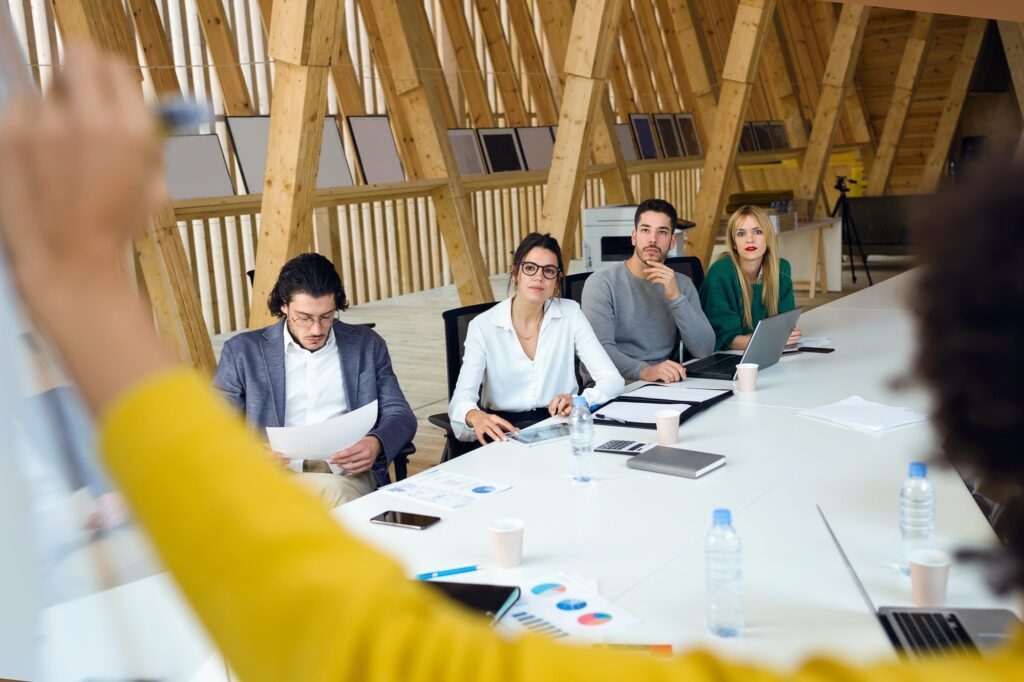 Elliot Dinkin, president and CEO at Cowden Associates, a compensation and benefits advisory firm, advised that & honest pay conversations between employees and managers improves employees trust in management and engagement. Employees want to know the answer as to why a pay decision is made and will respect a solid process—even if they might not necessarily like the answer.

No. 4: Pay will become more transparent.

Based on responses from 1,872 HR professionals in a July 2019 Korn Ferry survey, 75 percent said transparency on pay and rewards will become even more important in the coming year. &HR and pay teams are strategizing on how to create equitable pay programs, more clearly articulate the principles
behind those programs and help managers communicate with employees who may feel they are undercompensated,& said Byrne Mulrooney, who leads Korn Ferry’s professional search and recruitment process outsourcing operations. &In the coming y ear, we will see an even greater focus on transparency, agility, culture and purpose-driven leadership, he predicted. Lowman explained, & Increasingly, employees are talking with their colleagues about how much they make, including the size of their bonus. That & why bonuses need to be structured in a fair and transparent way that focuses on objective performance metrics supported by a management process that is understood and accepted.

No. 5: Performance rewards will be handed out more frequently.

Employers aren’t waiting until the end of the year to reward performance. Spot awards, for instance, can be given &’on completion of a special project or assignment, providing an immediate award to the entire team,& Dinkin said. This can be in the form of a gift card, vacation voucher, additional paid time
off or a one-time cash incentive tied to a percentage of pay. Employers are also shifting their incentive pay programs to pay monthly or quarterly bonuses. &These incentives are being paid out more frequently than annually,& Dinkin explained. This provides immediate recognition on progress toward a goal that may be expressed as an annual target. However, he cautioned, & it may be worth considering a slight holdback in the award in case there may be subsequent events that could cause the targets to be missed. Study on compensation Traits: Being in a most competitive industry where every day there is a skill shift in technology and human tendency, we have made a study which implies Best Practices Report ,centered on the increasing difficulty organizations are having in finding highly qualified candidates to fill gaps in the workforce, especially highly skilled technical talent capable of helping organizations modernize their technology, make use of company data, and digitally transform their 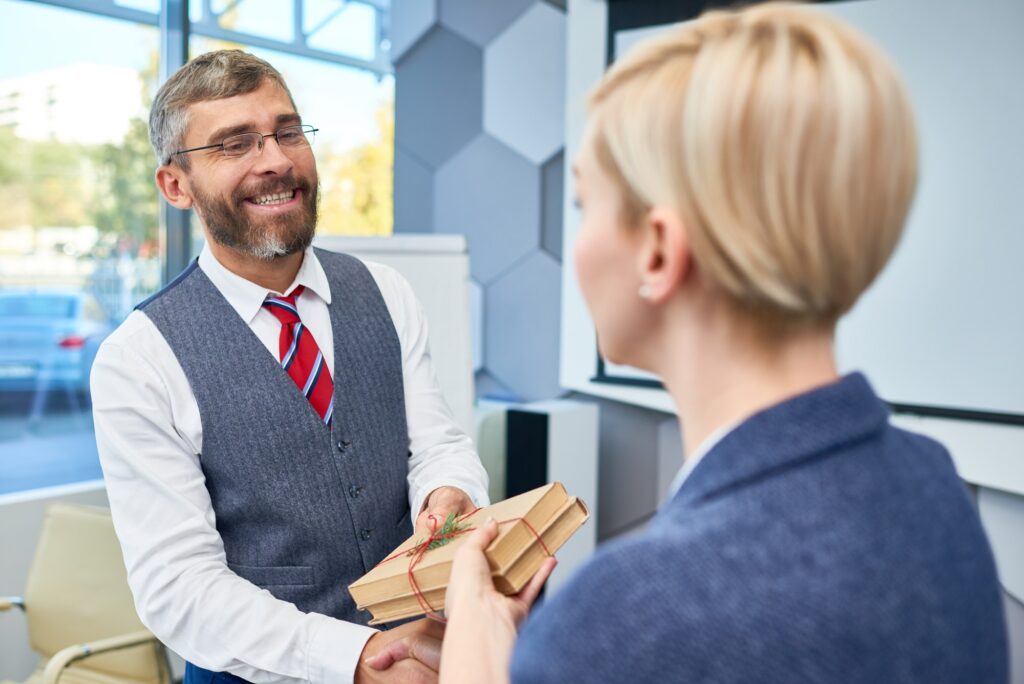 services. To attract and retain top talent, more organizations are focusing on building an employer brand, which includes a more strategic approach to compensation and career pathing as well as better benefits and more varied and incentivizing ways to reward performance.

Around 70 percent of organizations prefer to believe that the changing nature of compensation strategies are very important will be the major part of success.
Berenike and Bion completely believe in monetary satisfaction of an employee along with the best work culture provision. Compensation is one of the key focus factors of Berenike & Bion. However the uncertainty results of the new compensation trends are not proved yet. Although only around 10% of companies are willing to implement these trends. And we are proud to say that Berenike &Bion is one of that.

Bring us your toughest challenges and connect with our team for staffing and consulting services.